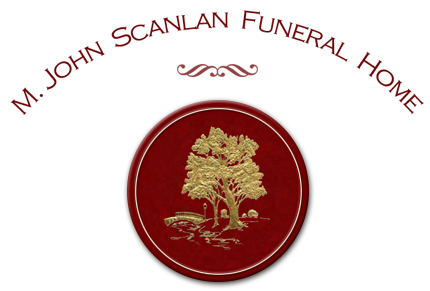 Our dedicated and supportive staff are here to guide you through this difficult journey. We take pride in doing our absolute best to ensure your needs are met.

Kiera is the fourth generation of Scanlan funeral professionals. After graduating from Susquehanna University in 2003 with a degree in Journalism, Kiera soon realized that she was more suited for the family business. She graduated from McCallister Institute of Mortuary Science and earned her funeral director's license in 2006, and became Manager of the funeral home in 2015. She and her husband Thor live in Sparta with their three children, Espen, Anja and Evie.

Amanda grew up in Oak Ridge, and is a graduate of Jefferson High School. She earned her Masters in Physical Therapy from Misericordia University in Pennsylvania 2008, but soon realized that she felt more at home in a career in the funeral industry. While working towards her required internship with Scanlan Funeral Home, Amanda graduated from the American Academy McCallister Institute and earned her license in funeral service in 2010. She has since been working as a full time director, and has been a wonderful addition to our staff.

Meghan grew up in Vernon, and is a graduate of Vernon High Scool. After earning her B.S. in Forensic Science from the University of New Haven, Meghan decided not to pursue her intended career in forensics, and instead decided to follow a career path into funeral service. She graduated from American Academy McAllister Institute of Funeral Service in August 2010, and started her internship with our funeral home that same month. Meghan soon proved to be of immense value to our firm, and was hired as a director soon after becoming licensed in 2011. In 2014, she also became a Certified Funeral Celebrant, and is available to assist families in need of a celebrant for their loved one's funeral.

Charlie retired as funeral home manager in 2015 after working for the family firm for more than 40 years. He was a 1966 graduate of Pequannock Township High School, a 1970 graduate of Saint Leo's University in Florida, and a 1972 graduate of the McCallister Institute of Mortuary Science in New York City. He continues to live in Pompton Plains and is enjoying retirement with his dog, Stella Blue.

Helping to manage the day to day activities at the funeral home, Mary’s role is primarily as an office manager & bookkeeper at the firm. She holds a degree in financial accounting from Elizabeth Seton College in New York.

Bill Montano
Assistant to the Directors

Formerly the Chief of the Pequannock Police Department, Bill has been part of our staff since his retirement in 2004. He holds degrees from William Paterson University and Seton Hall University. Bill is a Vietnam Veteran, having served as a Combat Engineer with the 11th Armored Cavalry Regiment. He lives in West Milford with his wife, Barbara. The couple are proud parents of two children and six grandchildren. Bill also volunteers much of his time with theFriends & Family for Freedom Fund, which raises funds to help injured soldiers & their families.

Sadly, Emma passed away on February 19, 2016, after serving as the funeral home's "therapy dog" for more than ten years. The overwhelming response to her passing has been truly amazing, and it is comforting to know that she brought as much comfort to the families we have served as she did to us. Thank you for the affection, attention & love you showed her while you were visiting our funeral home. For a dog whose sole purpose was to give love to all those around her, a scratch on her belly or behind her ears was all she needed in return.

This dog is unlicensed and not qualified to make funeral arrangements, embalm, or conduct funerals. 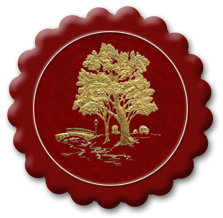